We recently lost long-time board member Greg Kizevic. Greg joined PCA and the region in 2008 and was elected to the board in November 2014. He served three consecutive two-year terms and was secretary for four of those years.

Greg was instrumental in developing and managing the region's annual picnic which had been held at the Bavarian Bierhaus in August. Due to Covid-19, the event was not held this year. He also took the lead in arranging for the region's participation in Cedarburg's annual Oktoberfest car show.

Greg participated in the region's car shows and also was a frequent attendee at the monthly Coffee Travelers.

He will be missed.

Greg showed his 2015 Cayman GTS at the 2019 Show & Glow during the Milwaukee Concours d'Elegance. He won the People's Choice award in the region's concours with his beautifully detailed Porsche. 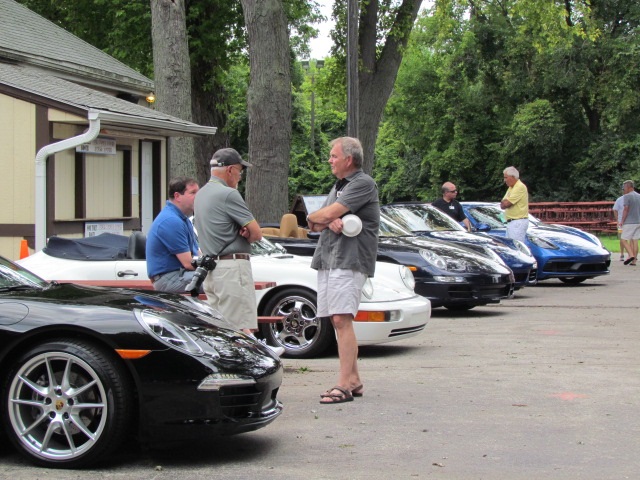 Picnic conversation -- left to right (foreground) Mike Wiviott, Al Wagner and Greg Kizevic visit during the region's picnic at the Bavarian Bierhaus. Greg was instrumental in planning the picnic.